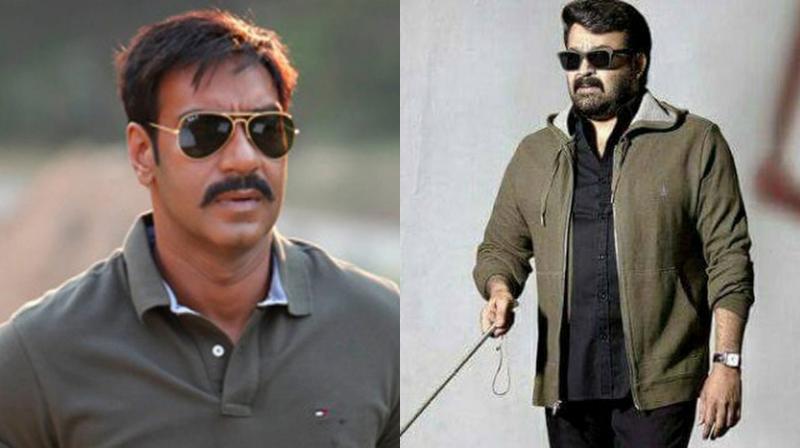 Priyadarshan is on a roll, with his recent Malayalam flick starring long-time collaborator Mohanlal, ‘Oppam,’ being a blockbuster, having grossed over 60 crore rupees approximately, ending up being the third highest Mollywood grosser of all time.

While the film is slated to be remade in all other South languages along with Bollywood, there’s a high probability that the Hindi remake, could star Ajay Devgn in the lead, as per a report in DNA.


Ajay has earlier worked with Priyan in ‘Aakrosh’ and ‘Tezz’.

‘Oppam,’ is about the quest of a blind lift operator to prove his innocence after getting falsely accused in a murder case.

While Ajay has collaborated with Mohanlal in the disastrous ‘Ram Gopal Verma Ki Aag,’ and ‘Tezz,’ although they didn’t have scenes together in it, he also reprised Lal’s role in the Hindi remake of his uber-successful ‘Drishyam’.