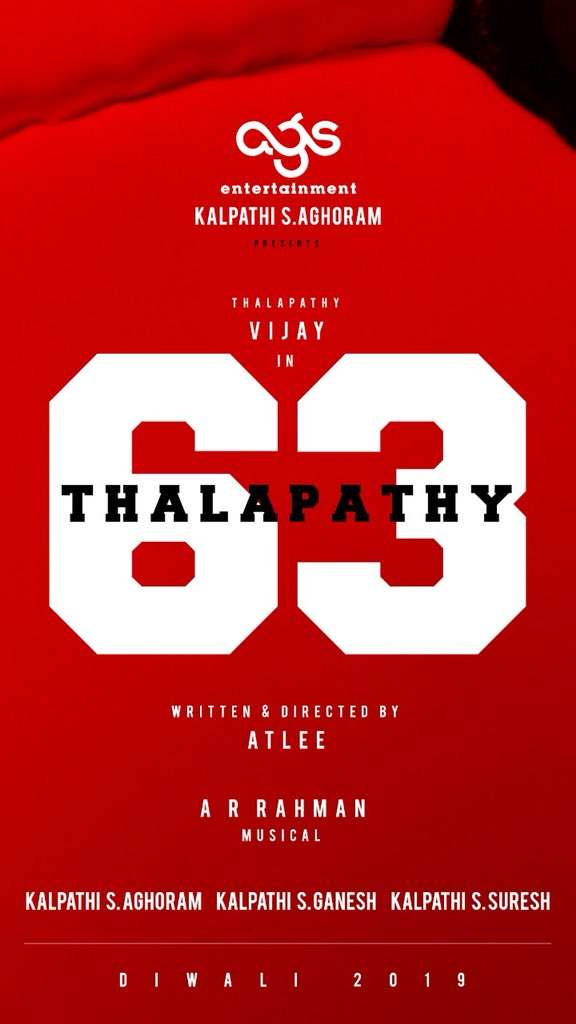 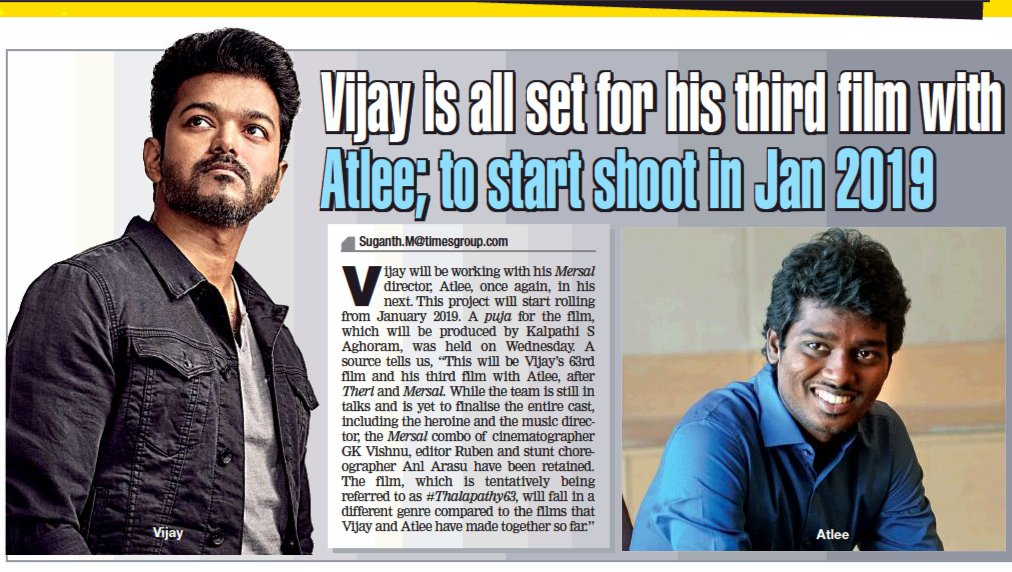 Finest Member
Popular comedy actor Vivek has confirmed that he is definitely a part of Thalapathy 63 in an event he participated in recently. Vijay and Vivek have worked together in many movies in the 2000s such as Priyamanavalae, Kushi, Badri, Youth and Thirumalai among others. Vivek was considered a lucky mascot for Vijay as all the movies they did together were super hits. The last film they co-starred was 'Kuruvi' in 2008 and they are reuniting after ten long years.

Finest Member
#GopiPrasanna will be the poster designer of #Thalapathy63 . 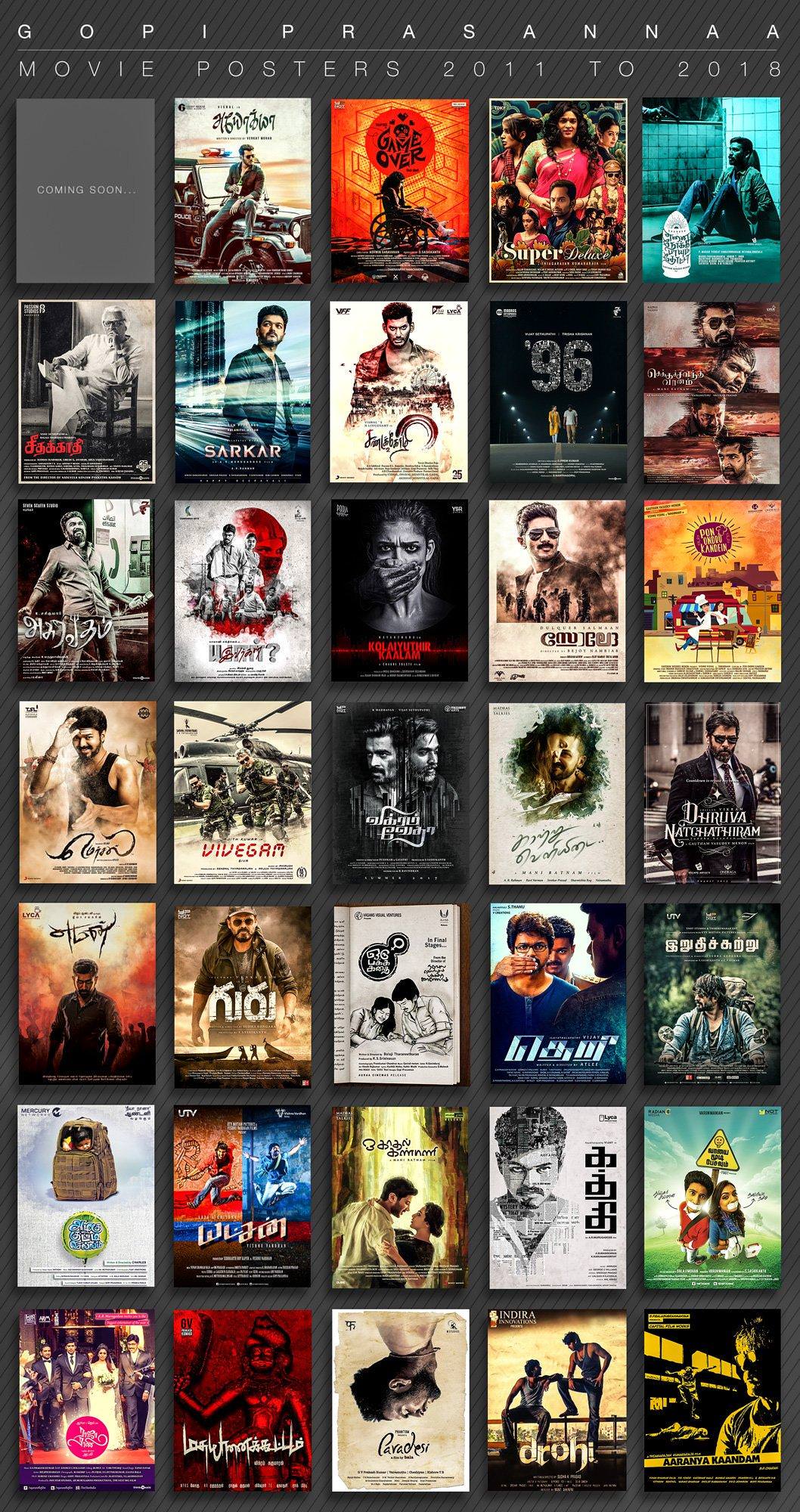 Finest Member
Vijay said that this film would be a thorough family entertainer. Usually, Vijay is not so open about his films, but he was confident about this Atlee film doing well.