EntMnt Staff
Apple is set to release iOS 13 today for all the compatible iPhone and iPod touch models. The latest iOS version, which was first unveiled at WWDC 2019 back in June, is so far available through public and developer betas. The iOS 13 update will bring a list of new features to compatible iPhone and iPod touch models. These majorly include a dedicated Dark Mode, new ways to edit photos and videos, and an all-new sign in for apps and websites -- formally called Sign In with Apple. On the performance front, the iOS 13 update will debut with various optimisations to improve app launch speeds and reduce app download sizes. 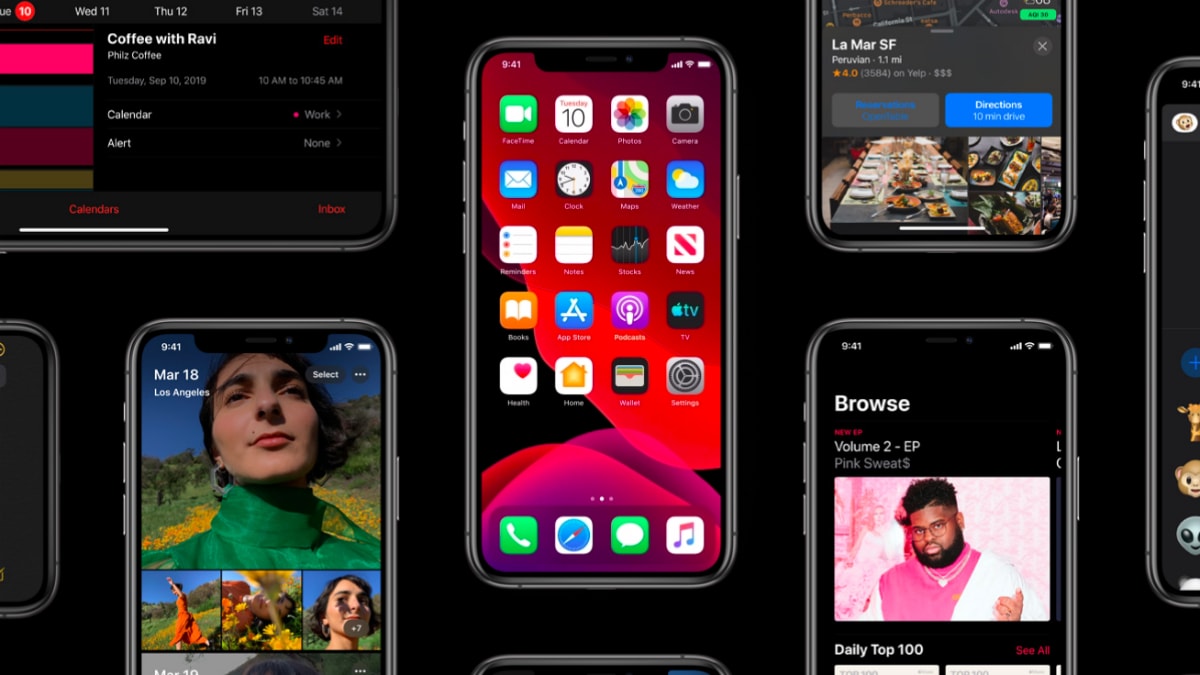 iOS 13 release date, time in India
At the time of launching the iPhone 11 and iPhone 11 Pro models earlier this month, Apple announced September 19 as the release date of iOS 13. The new iOS version, for the first time in the company's history, won't hit any iPad models as there will be the first iPadOS version, which is scheduled for September 30. The latest iOS update will, however, be available as a free download for the iPhone 6s and later and the seventh-generation iPod touch.
Although Apple doesn't officially reveal the release time, if we look at the past records, iOS 13 should reach the compatible iPhone and iPod touch models at around 10am PST/ 1pm EST. This means the latest update should be available in India at 10:30pm IST today.


iOS 13 to Release Today: How to Download, Install on iPhone, iPod touch

Wow. Thanks bro. Just checked and update is available.

EntMnt Staff
Which phone you have ?

D Major said:
Which phone you have ?
Click to expand...

EntMnt Staff
Okay, which one should I buy ??

I think this is the last upgrade for iPhone 6s which i own.

So buy anyone above that to get more upcoming updates.