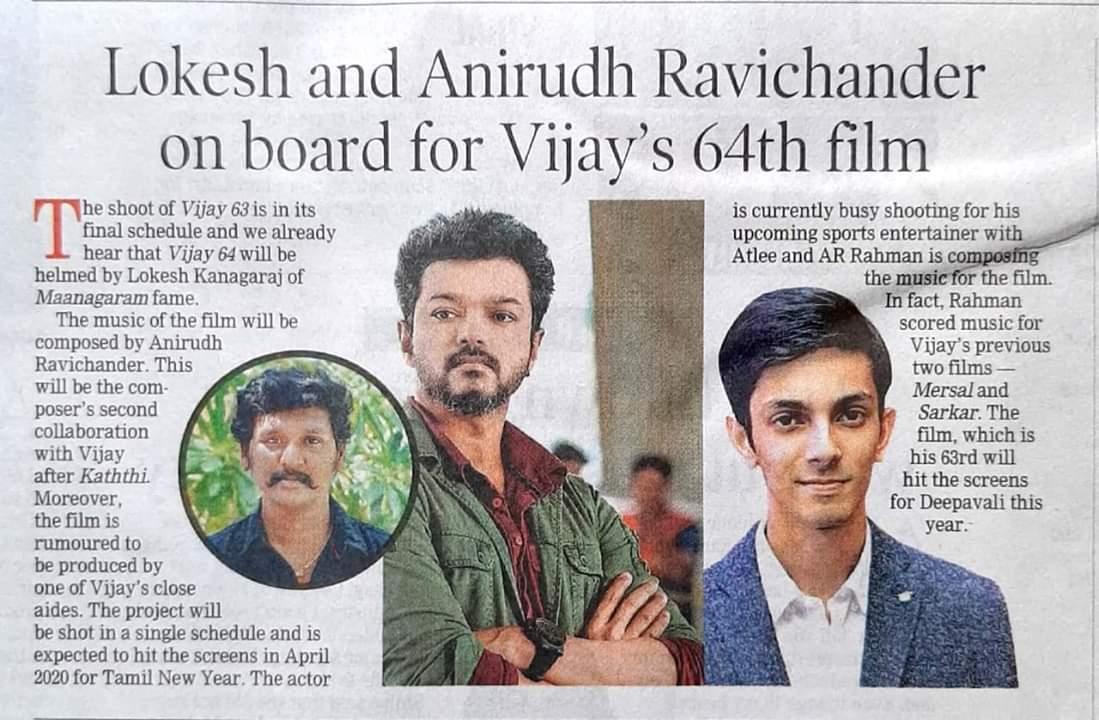 Finest Member
At a recent function, Lokesh confirmed it somewhat indirectly. The grapevine has it that Vijay will be seen as a ruthless gangster in Thalapathy 64.

Finest Member
Kiara has loved the script of the film and is ready to reschedule her Bollywood commitments to be a part of this project. Directed by Lokesh Kanagaraj, the film’s female lead has not been officially confirmed yet. Names of actresses like Rakul Preet Singh and Rashmika Mandanna have also been doing the rounds to play the lead alongside Vijay in the film, however, the latest reports suggest that Kiara might grab the part.

Finest Member
the shooting for this film is all set to begin by the first week of October.